I am happy to announce that Today, WPJobBoard 4.0 beta5 was released, anyone who has Business License purchased less than a year ago can download it from client panel. Version 4.0 was in development for over a year, while there are no new features, the existing ones were rewritten and improved (more on this below).

Final version 4.0 should be released on Mas 1st (to Business and Personal license owners), before that, there are few “events” planned for April:

From there i am planning bi weekly WPJobBoard updates as new source code gives many opportunites for some cool new features. As far as the new features go, here is what you will find in version 4.0

1. Additional Fields and Visual Editor were merged in Custom Fields, now not only you can manage this from one place, but using drag and drop interface you can also create any type of field, from normal text field to file upload. 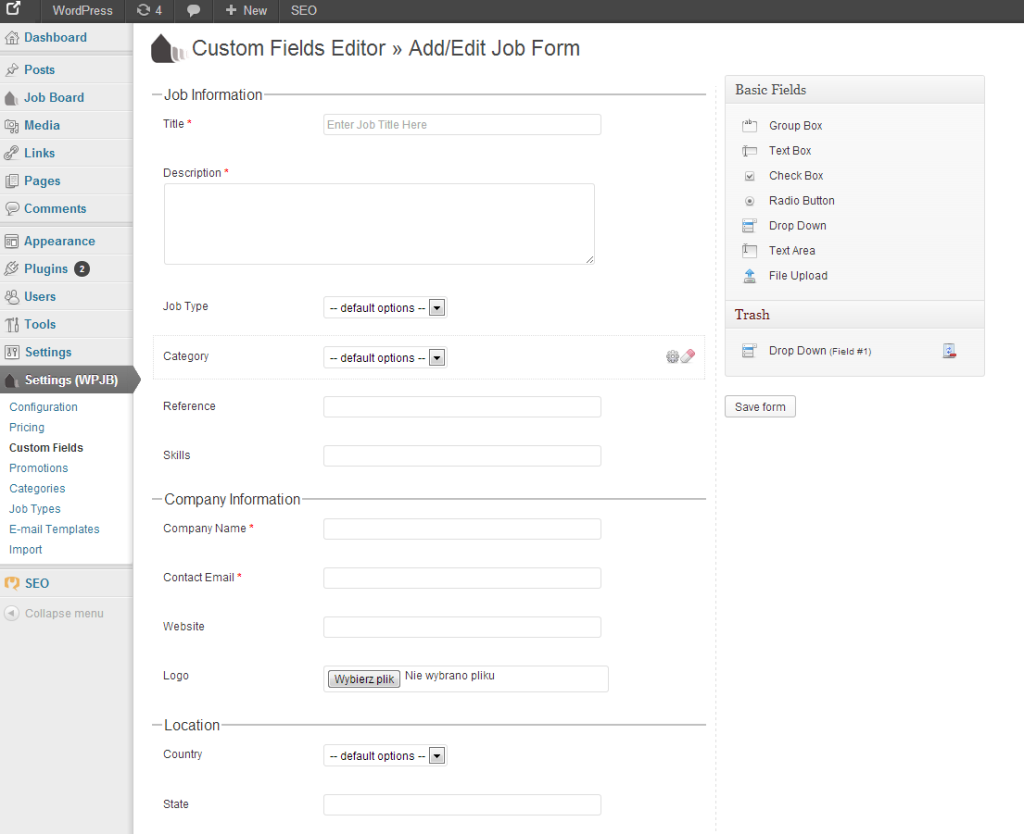 2. All the forms in wp-admin panel were updated, the layout is more in WordPress style, but more importantly you can create, edit and delete “anything”: jobs, resumes, candidates, employers and even applications. Administrator has now full control over job board.

3. Simple email alerts were turned into subscribe-to-anything (in terms of filtering jobs that is) 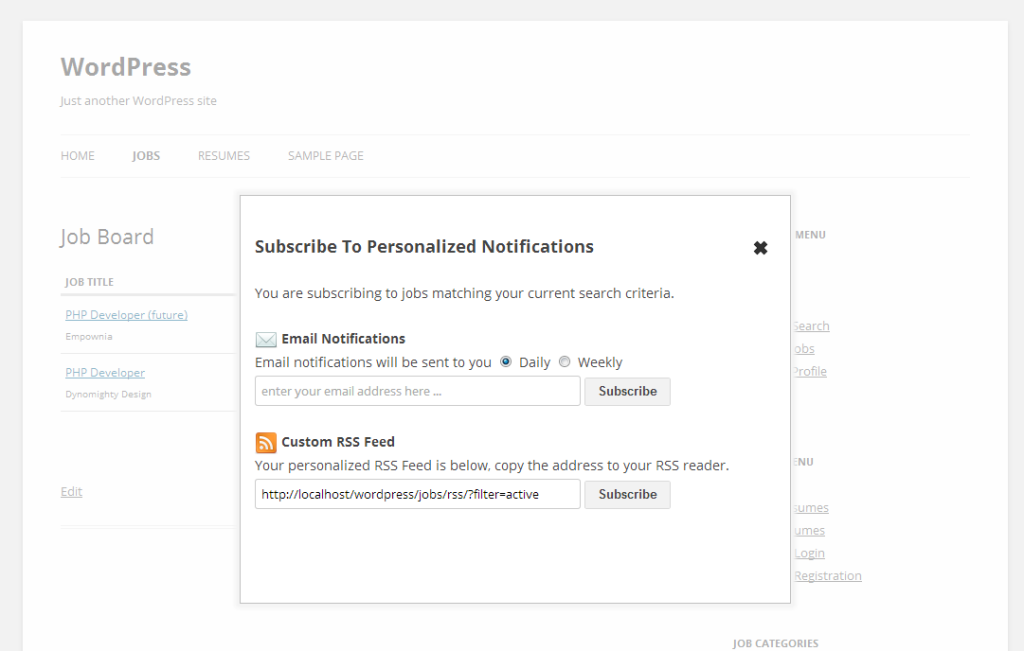 4. Better integration with WordPress, while not visible this is really important. Mainly that now WPJobBoard will be compatible out-of-box with with more hosting accounts, in fact it should now work on every hosting account where WordPress is working.

Also better integration means, that version 4 will be compatible with WPMU (although this was not tested yet) and site migration plugins.

5. Improved import, now it is possible to schedule import from Indeed and CareerBuilder instead of going to import form each time. If that’s not enough you can write your own script that will sends new jobs to WPJobBoard.

6. More forms can edited from wp-admin panel including advanced search forms, you no longer need to add the search fields using scripts, just drag and drop them into form.

8. And many more, there are multiple improvements, but some of them are so subtle that i guess it is not worth mentioning right now.

On the other hand, some of the features in version 4.0 were removed. There is no longer membership functionality for employers. Employers can still purchase access to resumes, however they are now buying access to selected resume (not whole database). Dashboard stats widget was removed. While both theses features will be most likely re-added in the future they will not be available when final version will be released.

P.S. This is NOT an aprils fool joke 😉

P.P.S. Within a year from now (1st April 2014) version 3.6 will be discontinued and no longer supported.

"Jobs Available" on YOUR website! See our software solution, a jobs board plugin for Wordpress. Works with ANY Wordpress theme. Now hosting a job board is easy AND affordable!